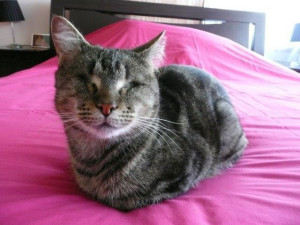 Blind cats are amazing. They live life very much like their seeing friends and have excellent quality of life. You’d almost never know they are blind.

Adopter Michael describes life with his blind cat, Amelia:
She has memory mapped the house and can get around really effectively, she uses her whiskers and her tail to feel what’s around her, and she very rarely ever bumps into anything. She is comfortable and confident once she knows where she is, and she gets around so well that you’d be forgiven for sometimes forgetting she is actually blind.

She loves to play. At first we tried to get her toys with bells or something that made noise, but after a while we noticed that wasn’t really important. What makes a good toy for Amelia is its texture and weight. She throws toys around and chases them, catches them, throws them again. Sometimes when you watch her you swear she must be able to see.

So I guess I’ve found that if Amelia is feels safe, is in familiar surrounds and trusts the people around her, then you can hardly even notice that she is blind.

Here are more stories from other blind cats we have adopted: 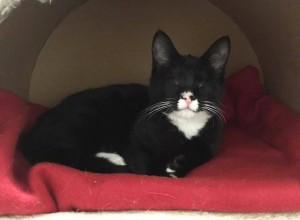 Elsa was probably about 4 weeks old when she was found, and she wasn't just alone, she was also blind. In fact, she didn't seem to have eyes at all, but tiny pink holes where her eyes should have been. She was in terrible shape - she had lice, fleas, intestinal worms and ringworm. She'd been born without fully formed eyes, and had a pronounced head wobble and difficulties walking, which a veterinary neurologist later diagnosed as cerebellar hypoplasia.

Despite all her issues, Elsa is incredibly affectionate and sweet, and she constantly purred for attention. After treatment, she now runs

My Story, by Tiggy 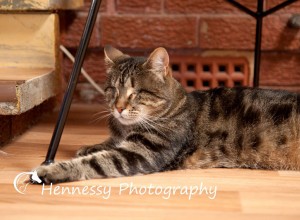 Hello my name is Tiggy and I am blind. I want to tell you my story.

CatRescue was told about a blind cat who was about 8 months old with very painful eyes in Queensland and they agreed to fly me to Sydney and help me. I just wasn't going to get the help I needed otherwise. It was early 2014 when I first came to my foster mum's house. I was very cranky because I was in constant pain with my eyes. My eyes were taken out and I was still a cranky girl. When I came home from the 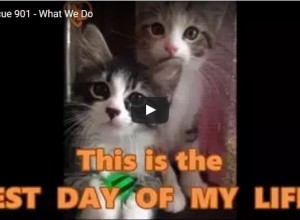 This video shows the cats we have helped, including some of our blind fur babies.
https://www.youtube.com/watch?v=duIviLYgvBM

Hello my name is Henry, pleased to meet you. My mum is Kelly and we live in Sydney Australia. My mum adopted me from RSPCA. Yagoona in 2005.

I am 11 years old (nearly 12!!!) and I have been blind since I was around 6 months old. Well that is when the RSPCA found me in a bush and took me in to discover somebody had taken my eyes away!

Not sure why someone did that, some people can be cruel. Mum found me on the RSPCA Last Chance website and instantly fell in love with me, who wouldn't! Look at my 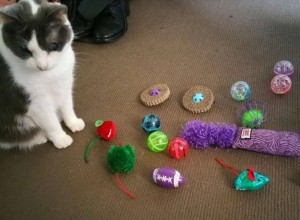 This is a lovely read.

When we asked adopter Michael to write a story about blind Amelia for our website, we weren't expecting to receive this. Michael's beautiful story was accompanied by one his partner wrote after Amelia's adoption. Enjoy reading about how Amelia and her forever family.

In April 2012 we got a call from a concerned member of the public about a cat who was obviously unwell hanging around her carpark at work. Amelia was found nearly dead when our carer Jo arrived. The vet did not expect her to make it through the night. But she was a fighter because she did make it

The love story of Fastfeet and blind Indi 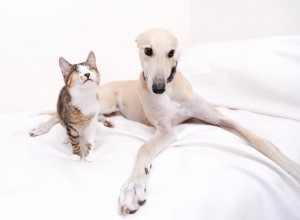 They say that love is blind, but in this case it's really true!

Back in 2011, our carer Jo rescued a greyhound who had spent 6 months in the Animal Welfare League shelter waiting for the right person to adopt him. After lots of love and patience Fastfeet rewarded Jo and her family with his beautiful caring personality. Then Jo began caring for sick little Indi who was recovering from surgery to remove both her eyes which had been damaged by severe cat flu, and it was a match made in heaven. The two animals formed an instant bond and spent 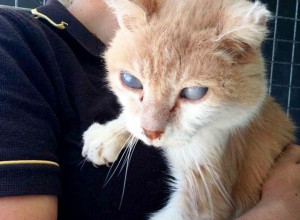 It is with very great sadness that we must announce that Harold went to rainbow bridge just six weeks shy of a year in care. He went very peacefully in his sleep. He had had a dental and vet check just six weeks before he left us. We are so thrilled that Harold had nearly a year of love and incredible care with Roxy and Travis.

Run free beautiful boy. You may not have been able to see or hear anymore but you sure could love, and we are grateful for the time you gave us in your twilight years.