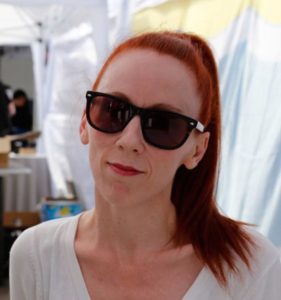 I was very fortunate to have been introduced to animal rescue at a very young age. As a child in the 70’s, my great aunt Patty rescued abandoned cats in the Liverpool area of Sydney. Naturally my very first cat was one of aunt Patty’s rescues, a 3 legged Siamese cat named Hoppy.

I first became seriously involved in rescue in early 2006 when I saw a sign at my local supermarket calling for foster carers. I had never heard of cat fostering before, but was intrigued and so I called the number. I remember the date as it was my birthday.

CatRescue had been formed in the summer of 2005/06 by (now best friend and inspiration) Kelly, who invited me to come to an information seminar.

I arrived at the shelter and was greeted by Kelly who took me inside, all the while chatting away about CatRescue. Without missing a beat, she reached into one of the holding cages, pulled out a 6 month old black & white kitten and held him out for me to hold. She said his name was Jake, and continued talking about CatRescue and what fostering involves, peppering it with questions about myself and my living situation. I couldn’t leave without taking Jake with me and he became my very first foster cat, and my “foster fail” (I adopted him).

After my foster fail experience I didn’t think I had it in me to foster care. So for the next couple of months I spent every weekend at the shelter helping clean, feed, wash, medicate, and the all-important kitten cuddling time (aka “socialisation”). Through this time I got to see just how important the CatRescue work is, and how many lives they saved. This gave me the confidence I needed and I went on to foster many litters of kittens which I loved doing.

These days I co-run CatRescue 901 with my rescue partner Jenny, whose hard work, patience and great care mean so very much to the team. Our admin volunteer Cheryl built our website, looks after all our IT needs and is absolutely instrumental in keeping Jenny and me moving forward. And of course for all our foster carers, I’m eternally grateful.

Since I started as a CatRescue foster carer I’ve learned so much, and while we have helped many, many cats it never really feels like enough. I guess that’s part of what drives us; as rescuers we want a happy ending for all cats. We know the best way to make a difference in rescue is to desex which is why we started our annual September Subsidised Desexing program 6 years ago. It’s my goal that someday we’ll be able to run this program year round, and even to expand it across Australia to include rural and regional areas.

Sadly my beautiful Jake crossed the rainbow bridge in 2015, but his memory helps me to continue this life saving work.