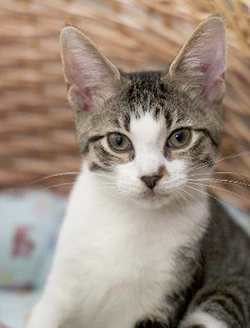 As well as stopping unwanted breeding, there are many good reasons to have your pet desexed. There are also many myths around.

Here we dispel a few of the more common ones. Click the links below:
Cats must be 6 months of age before they can be desexed
It is good for my female cat’s health for her to have a litter before she is desexed
My cat will gain weight once I have had them desexed
Desexing my cat will change its personality
You only need to desex female cats
It’s cruel to desex cats because it’s natural for them to reproduce
Desexing my male cat will make me less of a man

This is one of the most dangerous myths spread by the ‘older generation’ of vets, and is something that veterinary students are now taught is completely false. It is safe, quick and beneficial for their health, to desex cats once they reach two months of age.

This procedure is referred to as ‘juvenile desexing’ and is performed using keyhole surgery with a small incision made on the kitten’s side. Whereas adult cats take days to recover from their surgery, kittens are up and running around within a day of being desexed.

Some vets who were dogmatically taught the ‘6 months rule’ have resisted the procedural change and use unsubstantiated arguments to prolong the old way of doing things. This includes cruelty, safety issues, and the inaccurate belief that cats don’t sexually mature until they are 6 months of age.

CatRescue 901 is routinely contacted by people needing assistance because their cat has become pregnant while they were waiting to have them desexed at 6 months; or because their 5 month old male cat has started spraying and is exhibiting signs of aggression. Our volunteers regularly pick up 6 month old cats who have given birth or are in labour. It is common knowledge, and well documented, that cats (especially females) can become pregnant from 4 months of age.

The RSPCA, Animal Welfare League, Cat Protection and reputable rescue organisations all practice juvenile desexing. If your vet has not been trained to perform this procedure it is important that you ring around to find a clinic which has.

This has been proven to be completely false. There are no health or veterinary benefits to allowing a female cat to have a litter before having her desexed. In fact if you desex your female cat before she enters her first heat cycle you will dramatically reduce her chances of developing mammary tumours. Mammary tumours are the 3rd most common form of cancer affecting cats and are of serious concern.

Desexing an adult female who has had a litter of kittens is riskier, lengthier and more expensive than performing the surgery on a juvenile or kitten.

There is absolutely no evidence to support this belief. If you feed your cat a healthy balanced diet and they are able to exercise, like any other individual, they will not gain weight.

Desexing your cat will prevent them from changing their body shape in other ways. Undesexed male cats develop large cheeks due to their glands, and large shoulders because of testosterone. A sticky black secretion containing pheromones will also appear around the base of their tail making the fur in this area greasy and matted.

‘Desexing my cat will change its personality’ – FALSE

In fact choosing not to desex your cat will change their personality for the worse. 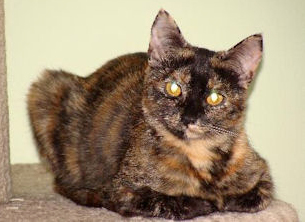 When an undesexed cat reaches sexual maturity their bodies are flooded with hormones which drastically alter their personality. Male cats become aggressive, extremely territorial and develop behaviours such as spraying, biting and excessive vocalisation. They will begin to wander the neighbourhood in search of mates and competition, which places them at a high risk of injury or contracting diseases, such as Feline Immunodeficiency Virus (FIV). Most people have encountered (or smelt) tom cats – these are simply domestic male cats who have not yet been desexed.

Female cats who are left undesexed will enter heat cycles where they menstruate, become obsessed with finding a mate, and yowl almost continuously – the noise they make is very distressing and will usually occur at night making it difficult for people to get a good night’s sleep.

Desexing your cat before they reach four months of age will prevent these antisocial behaviours from occurring. Fortunately, desexing an adult cat will also halt the production of sex hormones, and after a couple of weeks your cat will get back the personality you fell in love with.

‘You only need to desex female cats’ – FALSE

Please see the health concerns for male cats – this includes injuries, diseases and antisocial behaviour – which have already been listed on this page.

It is also very important to realise that if your cat mates with a female cat the kittens will most likely be unwanted. Although you will not have direct financial or ‘hands on’ responsibility, you will be morally responsible (along with the owner of the undesexed female) for the suffering which follows. 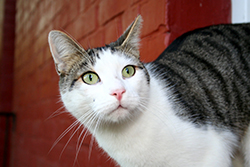 Although it is natural and the right of all animals to reproduce, it is essential to prevent companion animals from breeding under the current circumstances. Every year in NSW more than 60 000 cats and dogs are destroyed in pounds and shelters, and until this tragedy has been addressed it is cruel and irresponsible to bring more animals into this world.

If you are in doubt visit any pound (especially during breeding season) and you will be confronted by dozens of animals facing a death sentence. These animals will range from gorgeous kittens and puppies to healthy and affectionate adult cats and dogs, and just as quickly as these animals are destroyed many more will be brought in to take their place.

‘Desexing my male cat will make me less of a man’ – What?! No! Definitely FALSE!

As bizarre as it sounds, some men refuse to desex male cats because they have projected feelings (and insecurities) about their own masculinity onto their pets. This is extremely selfish considering their cat will be at risk of sustaining injuries, developing health problems and contracting diseases.

If you know a man who refuses to desex their male cat and is beyond reasoning recommend that they consider purchasing Neuticles and remind them that real men don’t need the testicles of another animal to prove their masculinity or virility.