Just before last Christmas a kitten was heard crying in a drain in the Campbelltown area.

The truly amazing people Campbelltown Lost Found and Injured pets rescued this tiny, bedraggled, sick kitten with cute white paws. He was in a terrible way, his eyes were inflamed with cat flu and they were worried he wouldn’t make it through the night.

We put our hand up to take him and our friends on Facebook named him Stevie. It was thought Stevie would probably be blind.

Stevie received vet treatment immediately and started on pain relief and meds as he came into our care. Luckily only one of Stevie’s eyes was affected and needed to be removed. When he arrived he was around 8 weeks old and weighed in at only 650 gms (he would have been less when found). He was tiny for his age. 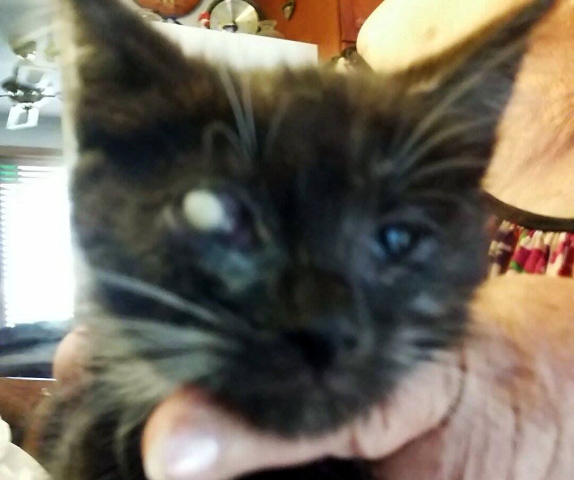 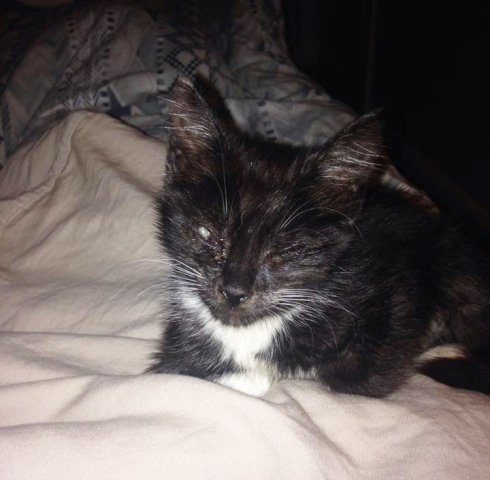 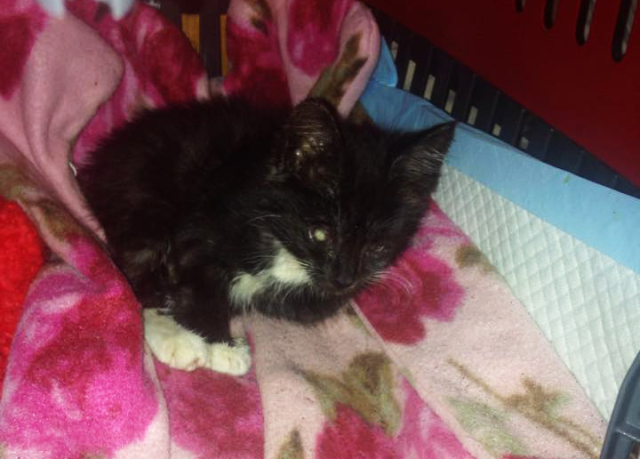 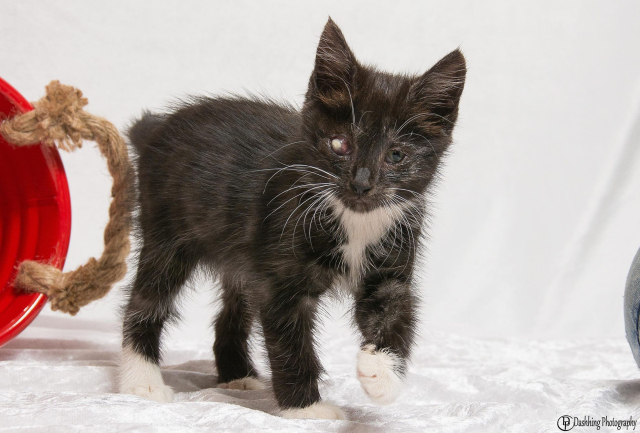 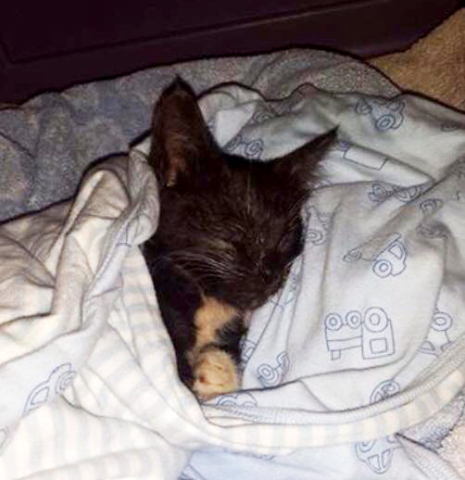 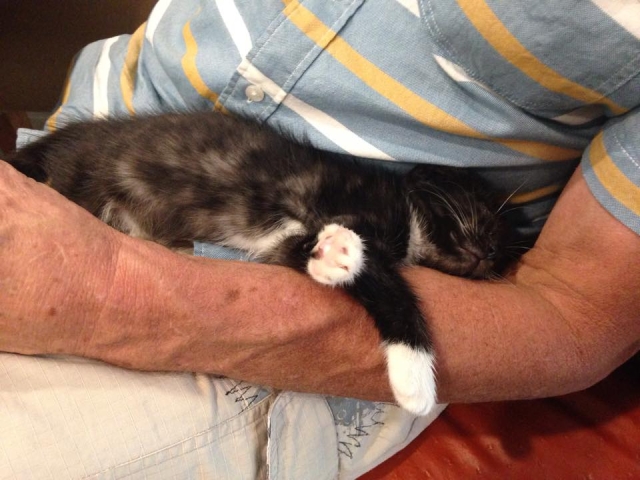 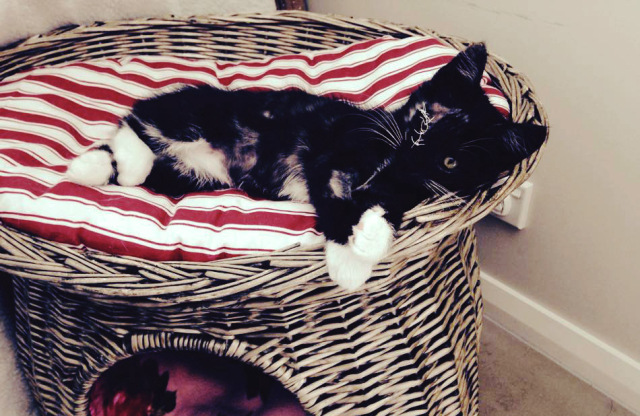 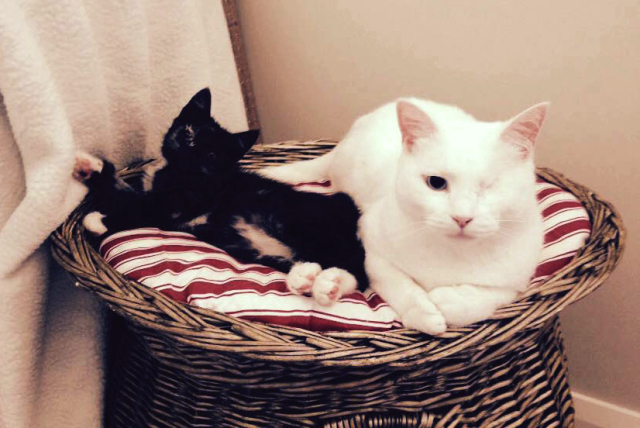 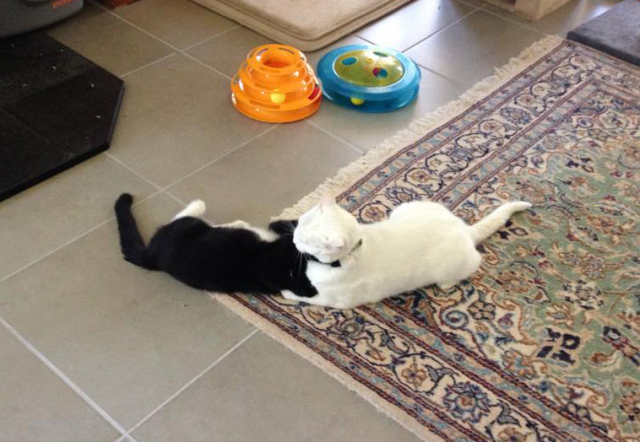 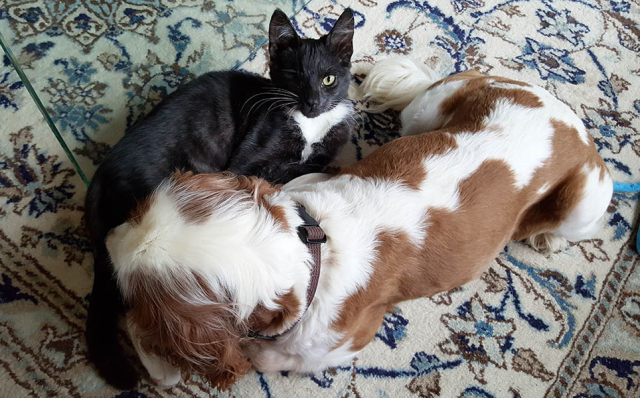 By 3 January Stevie had gained 400 gms and was booked for surgery to remove his damaged eye. He recovered quickly, even running around like a mad kitten so his carer had to keep him crated sometimes for his own protection! This boy is so full of spunk which is probably why he survived, as the ladies who cared for him the first night or two, after he was rescued from drain, didn’t think he would make it. He is one very loving, tough little man.

Stevie is now over 1.5 kgs and a very smoochy, happy, healthy kitten who is now ready for adoption. He adores people, cats and dogs and is a huge cuddler. Basically a perfect cat in every way.

Stevie has come so far since he came on board as a skinny, bedraggled, tiny kitten with a terribly damaged eye and no future. Today he is a lively kitten who loves to play, then loves to love. He and Gisette chase each other all around the house having a ball. His stitches are out and he is ready for his forever home with another young cat friend to play with, and he loves dogs too.

But that isn’t the point of this story. The true story is that Stevie was a terrible mess when found and he very nearly died. Everyone could have given up on him but they didn’t.

Steve is the cat who had a wonderful transformation when loved, given appropriate treatment and cared for. It wouldn’t have mattered whether Stevie needed one eye out or two: the story would have had the same ending after coming into care. This is the value of quality rescue groups who have skilled intensive carers, knowledgeable and quality carers, and the tenacity to never give up. Have a great life, Stevie!